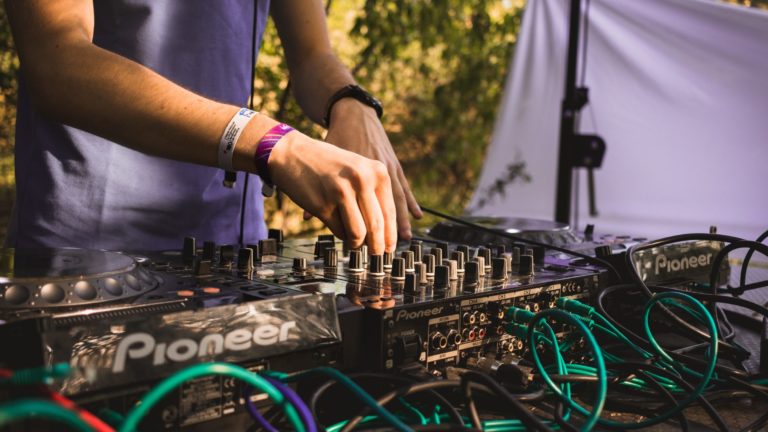 If you want to be a DJ it is probably a good idea to understand the answer to the question ‘What is a DJ?’. You may think you know what a DJ is and what they do, but there is more than one type. You may decide to go down a different route than you originally thought. So let’s look more into it…

So, what is a DJ? A Disc Jockey, better known as a DJ (abbreviation), is a person who plays recorded music for an audience.

Let me just repeat that: A DJ is a person who plays recorded music for an audience.

There is no more to it than that. There is often a misconception that to be a ‘proper DJ’ you have to play a certain type of music, be a producer, scratch tracks, mix or play vinyl. While a DJ may be able to do any or all of those things, not being able to do any of them doesn’t make you any less of a DJ.

If you play recorded music to a crowd of people, you can be considered a DJ. It can be any music in any format – Vinyl records, CDs, Cassette tapes, MP3s, music from a USB or Hard drive… anything. The ‘crowd’ or ‘audience’ can be 2 people or 20,000 people, and they don’t have to be in a club or physical venue – you could be a Radio DJ.

More often than not, at DJ will have the facility to play two tracks at the same time, in order to bring another track or song in before the original one finishes, to create a seamless transition. This can be enhanced by the use of effects, loops or scratching, and bringing elements of the next track in early on can make this transition even better.

What Are The Types Of DJ?

Though the term is understood in many different ways and variations, there are three main types of DJs: Radio DJs, Club DJs and Mobile DJs. Each is classed as a DJ as we covered above, but where they play their recorded music and what their audience consists of are the main differing factors. We will briefly outline the main aspects of each;

A DJ that plays recorded music over the radio (surprisingly enough). In a typical situation, a radio DJ would be in a studio and play music across the airwaves to whoever chooses to tune in and listen. There is less of a requirement or exception for them to mix the tracks into one another, though many do. Their main job is to entertain by talking to the listeners, introducing upcoming songs, taking calls from listeners and more, depending on the type of show they present on. Particularly on commercial radio stations, DJs will play what are know as ‘radio edits’, clean, expletive-free versions of tracks.

As the name suggests, this type of DJ plays in night clubs mainly, but also in bars and lounges – the pre-club venues. Arguably one of the most aspiring DJ types, a Club DJ will tend to play to a large crowd of party-goers who are there to have a good time and enjoy the music. It will usually be a single genre, such as dance music or chart remixes, played one into the next, with advanced mixing. There are some clubs that will play more commercial chart or even popular tracks from past decades. You can also find separate rooms within the same venue that play an alternative, yet still popular genre, such as R&B, Hip-Hop or Indie/Alternative. It is not uncommon for a Club DJ to have a residency, where they are contracted to play at the same venue every week, sometimes more often.

While they can still have similar skills as a club DJ, Mobile DJs are usually able to play multiple genres – known as Open Format DJs. They are hard-working individuals that have to travel across the city, state and even further afield, entertaining at Weddings, Birthday Parties, Corporate events, Christmas and New Year parties and, basically any private event they get booked for. Not forgetting that a Mobile DJ has to bring a whole setup with them – playout system, lights and speakers as a minimum – which have to be set up and packed down at each booking.

Now that we understand the main types of DJ, let’s answer some common questions about them.

How many types of DJ are there?

There are also DJ Producers, who produce, or create music in a studio and also DJ.

There are Resident DJs, who can be any of the kind we have mentioned in the previous section, but they have a contract to play in the same venue on a predetermined number of occasions each week, month or year.

There are DJs known as Turntablists – these will usually be proficient at ‘scratching’, mixing and sampling tracks for purely entertainment means, or to create a live remix of one or more songs.

What do DJs actually do?

A DJ, in any form or situation, will generally play songs to an audience. They will normally have the capability of playing two songs simultaneously, with two ‘decks’. The decks can be vinyl turntables or CDJs and a mixer would be used to control the transition between each, or they would use a controller, which effectively is the two decks and a mixer built-in to one system and they control music from a computer/laptop running a specific type of software or other source.

Do DJs actually do anything?

DJs have a very important job – namely, providing music entertainment to whatever audience is present, either at a private party, in a nightclub or listeners of a radio station.

What do DJs do when they turn knobs?

When a DJ is transitioning between tracks, they will often try to make it as seamless as possible, so that the crowd cannot immediately tell that the next song is coming in. The main ‘knobs’ or controllers you may see them turn are the equalisers; the High, Medium and Low frequency. If two songs are being played together and both have high levels of bass, they may reduce that on one deck to prevent distortion. It can also help mix two tracks together, using the main bass part of one track with the Mid/Medium levels of another.

There are also additional controls that can be programmed for various effects.

Why do DJs wear headphones?

As a DJ is preparing the upcoming mix, they will put on their headphones, on either one or both ears, to preview it before playing it out to the crowd when they are ready to.

What skills do you need to be a DJ?

Though there are no prerequisites to become a DJ, nor does one have to attend a course or achieve a qualification, there are various places that can help speed up the learning process.

Many DJs are self-taught or learn from a friend or online videos. That being said, it is useful to have a love of music, the confidence to play to a crowd and some sort of skill in entertaining or addressing their audience.

You do not have to be able to mix or scratch, but every additional skill a DJ has will certainly increase their chances of getting booked and progressing to better jobs that pay higher fees.

What is a DJ? - Final Thoughts

A DJ can be a great career to get into, either as a full-time job or as a way of earning some extra income. It’s important to understand all that is involved before you commit too much time, effort and money into it. For example, a Mobile and Club DJ will usually be booked to play late in the evening, and more often at weekends, whereas a Radio DJ could start by hosting an early morning slot before they progress to a daytime one.

What is the purpose of a DJ? – to play music, to entertain, present, mix, remix, scratch, produce… the list goes on.

If you haven’t yet started planning how you are going to start your DJ career think about being as multi-talented and as flexible as you can so you don’t limit yourself to one area. Get some entry-level equipment, play at home, practice and see what you enjoy. 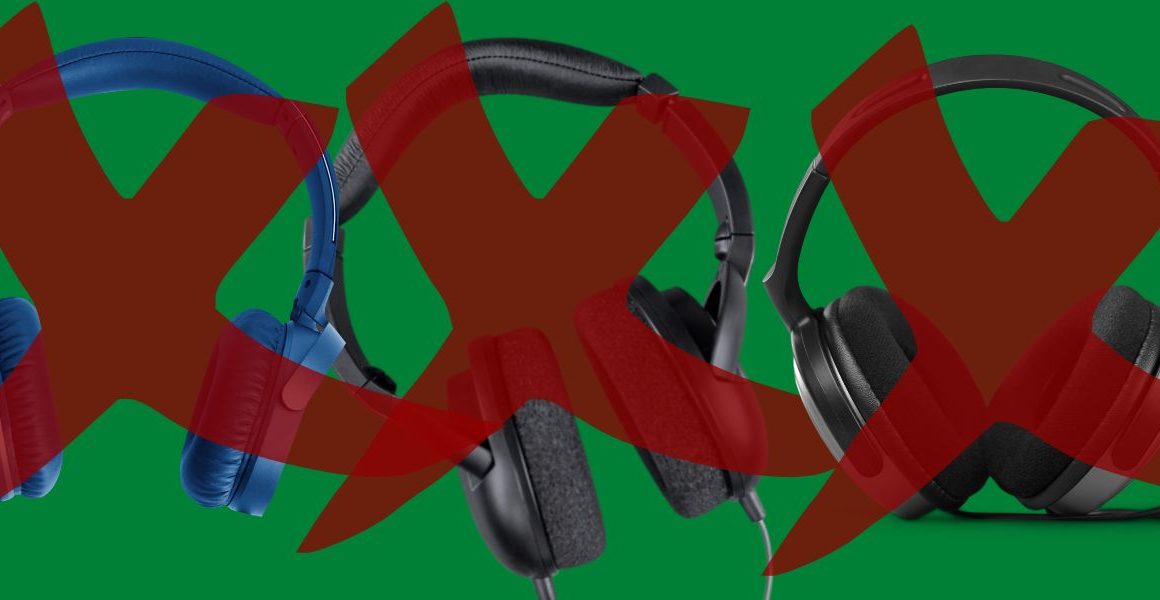 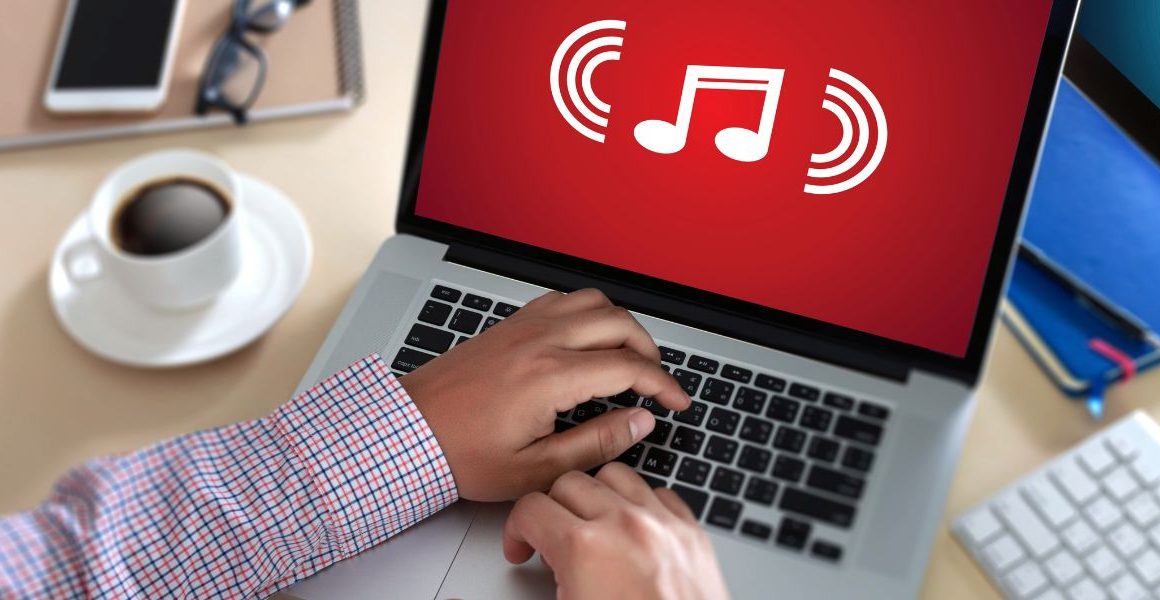